Monogrammed Gifts for All Occasions

A monogrammed gift is a true enhancement…and shows that the gift-giver invested more time, effort and thought in their selection. A monogrammed gift can often make a nice gift something truly special, and Images & Details has a wide variety of gift items ready for monogramming. 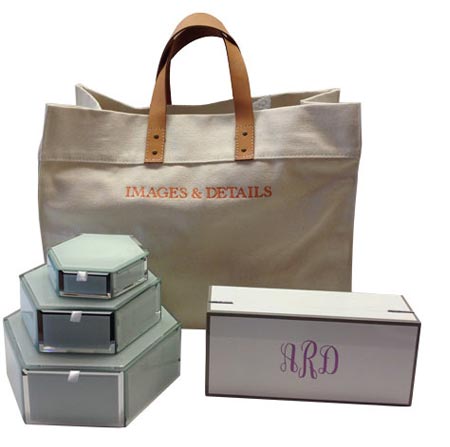 Some of our more popular items available for customized monogrammed gifts include:

With many custom monogramming options available, we are most often using Initials, Names, Corporate Logos, and whimsical phrases.

Monograms are often thought of as a sign of aristocracy, as they were originally used as the signature of royalty.

Early Greek and Roman rulers used their monograms on coins and other forms of currency to identify the ruler of the region from which it came. The earliest known use of the monogram was on clay coins which were first made during the transition from a bartering system to a monetary system of trade. Over time, it became common practice to mark the valuable property of nobility with a monogram.

In the Middle Ages, it became common for artisans to use their own monograms to sign their work, and in the Victorian era members of the aristocracy used the monogram as an emblem of their high rank in society.

So, while the monogram may have a long history and connection to royalty and wealth, it is widely used today on a broad array of items both large and small.

Today, monogramming is a great way to add personalization to gifts and has also become very common in wedding gifts as monogrammed gifts are widely favored by newlyweds as a sign of their new marriage status.

If you are a stickler for following etiquette then read on.

There are certain rules to keep in mind when purchasing monogrammed gifts. The three-initial monogram is the most common format used today with the last name initial placed in large type at the center flanked by the first and middle initials in smaller type. This is generally referred to as the Victorian format.

Alternatively, when creating a monogram with initials of the first name, middle name, last name order, the preferred method is to use the same size font for all three letters.

Finally, when creating a monogram for a couple (newlywed or otherwise) it is common to combine the initials of both. In most cases, you would include the first initial of both the bride and groom, along with the husband’s last name initial (typically larger) with the wife’s initial listed first.

While these are the “traditional” rules for creating a monogram—there are lots of variations and preferences.

To add some fun to a gift or personal item, many of our customers have added colorful words or short phrases to a variety of items. Lots of possibilities here—just use your imagination to make a monogrammed gift something extra special.

Remember, everyone loves receiving a gift and when it’s personalized, it’s even better! 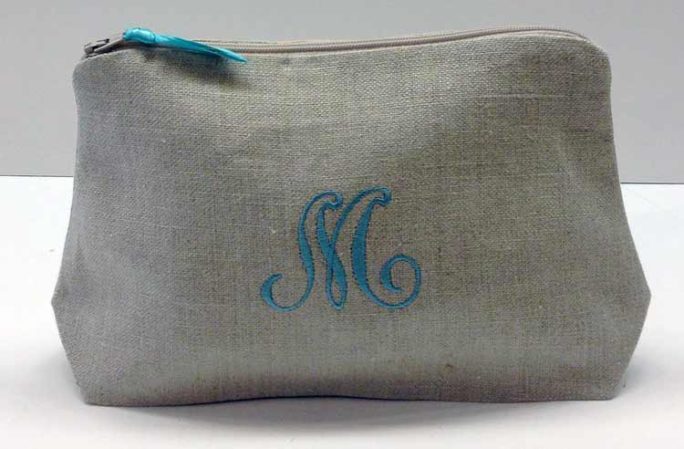 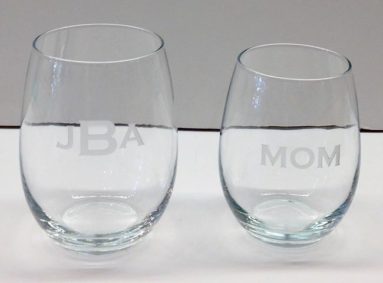 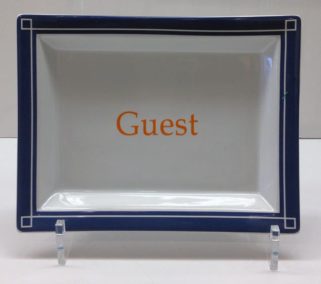 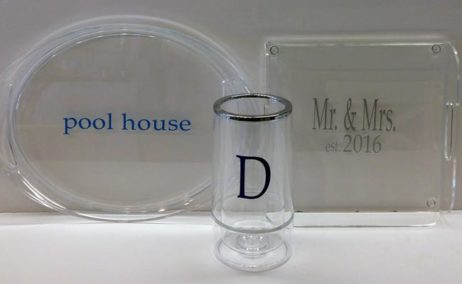 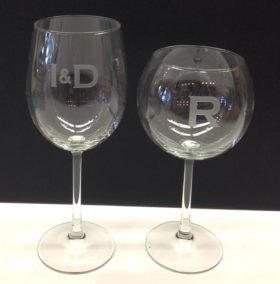 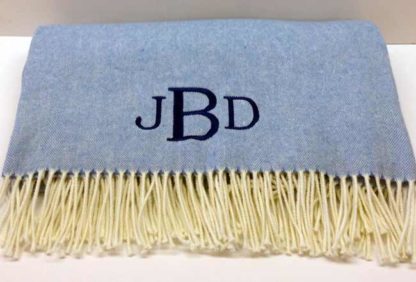